If the embedded program freezes or hesitates, try the link beneath the puzzle to go to the Scratch website.
​

Four new baby animals (an Aardvark, a bat, a coyote, and a mouse) arrived at the zoo infirmary for care before they join the exhibit housing the rest of their species. Each type of animal has a juvenile name and a group name. Please identify the juvenile name, the animal type, and the group name based on the clues below.

1. The young mouse kept escaping its hospital pen to explore the lab; it is no wonder several mice are called a "mischief."
2. The cub has many similar features--the snout of a pig, rabbitlike ears, and a kangaroo tail—yet the "earth bear" is related to none of these animals.
3. The whelp scratched the side of its clear plastic basinet in the night, trying to get at the pinkie; the young predator joined its band the next day.
4. The veterinary intern collected the young bat from the floor of the zoo's artificial cave where the rest of the cloud roosted.

Zoologic 2017-4: All Creatures Great and Small

Four new baby animals (a ferret, a hare, a hedgehog, and a platypus) arrived at the zoo infirmary for care before they join the exhibit housing the rest of their species. Each type of animal has a juvenile name and a group name. Please identify the juvenile name, the animal type, and the group name based on the clues below.

1. Even at only a week old, the kit was alert. It would watch every movement of the hare until the veterinary intern moved their plastic basinets to opposite sides of the lab.
2. The hedgehog juvenile would roll into a ball when startled; the lab assistant would sing softly to the "prickly piglet" to calm it down.
3. The leveret's eyes opened and fur developed quickly so it was the first to be able to join its drove.
4. The little puggle was a favorite of the hospital staff because it was such an unusual creature with its duck bill and paddle-shaped tail.
5. The young ferret was so active, it was obvious to the veterinarian why a group of them is called a "business."
https://scratch.mit.edu/projects/150264237/

​Please identify the person, their favorite animal feeding, and the time based on the clues below.

1. Nancy, a Clemson fan, made it clear she was only there for the tiger feeding.
2. She had to wait until two hours after the sea lion feeding.
3. The koala feeding almost put her to sleep two hours before the last feeding of the day.
4. Teresa was fascinated by the hawks.
5. Marilyn got so close to her favorite feeding she got splashed by water; her clothes were still damp when they went to the Australia exhibit.
https://scratch.mit.edu/projects/145144842/

Four giraffes at the zoo (Angrit, Jebedah, Morutana, and Zakita) come from four different regions of Africa (Botswana, Chad, Somalia, and Tanzania) and are four different heights (10, 11, 12, and 13 feet tall). Please identify the giraffe, their native country, and their height based on the clues below. Please note that you cannot use the photos to decide about their heights because they were taken at different times, places, and distances. 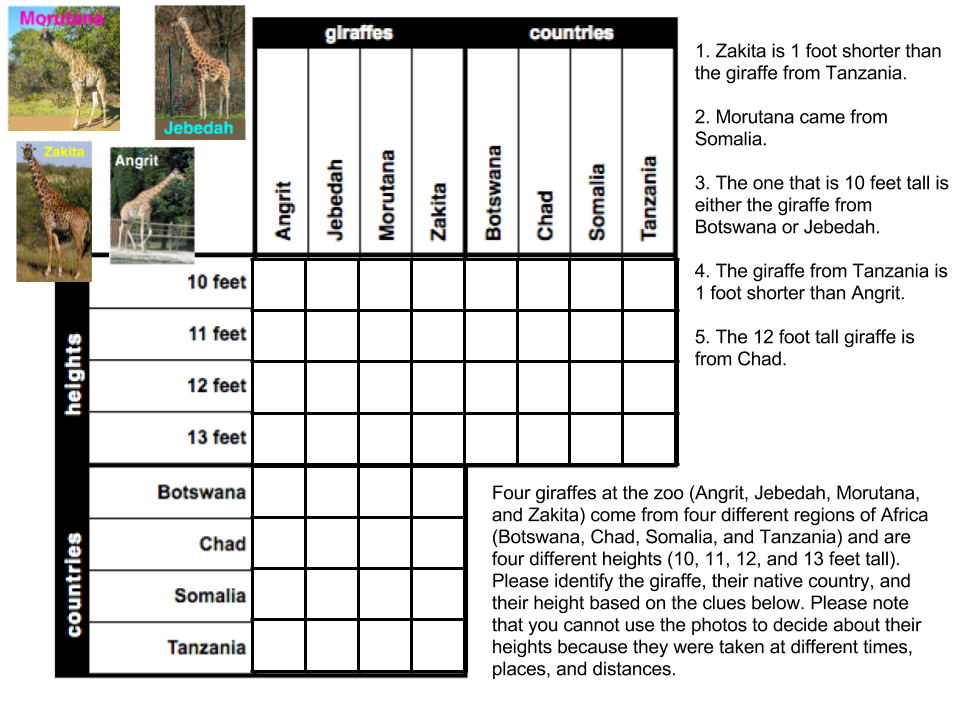 Zoologic: Art at the Zoo

Young artists Avery, Blakely, Charlie, and Dorothy spent the afternoon at the zoo. Each selected one exhibit (the aquarium, the bird aviary, the mammal trail, or the reptile serpentarium) to inspire their art (clay sculpture, digital photography, pencil sketches, and watercolor painting). Can you match the artist, their media, and their inspiration?

1. Zoo visitors kept looking over Charlie’s shoulder at the sketches.

2. The watercolor artist thought her work portrayed the shimmering scales of the reptiles quite well.

3. Avery never went anywhere near the aviary; she read that some parrots like to eat clay.

4. Dorothy’s digital photos caught her subject’s bright colors and the shapes of their wings in flight.

5. One of the pencil sketches of a shark won honorable mention at the state fair that fall.

Three friends, Cindy, Lisa, and Tanya, wanted to get pets. Their parents agreed they were responsible enough to adopt one animal each and drove them to the rescue center to meet the animals.

After playing with several animals, each friend chose a different type of animal from the others--a cat, a dog, and a parrot. They gave them three names--Fluffy, Rex, and Tutu, but not necessarily in that order.

Can you identify the friend, the type of pet, and the pet's name? You are welcome to use the sprites on Scratch or the Google Drawing table to help make your deductions.

​Can you help get the children to their practices in time by identifying the children, lessons, and times correctly? 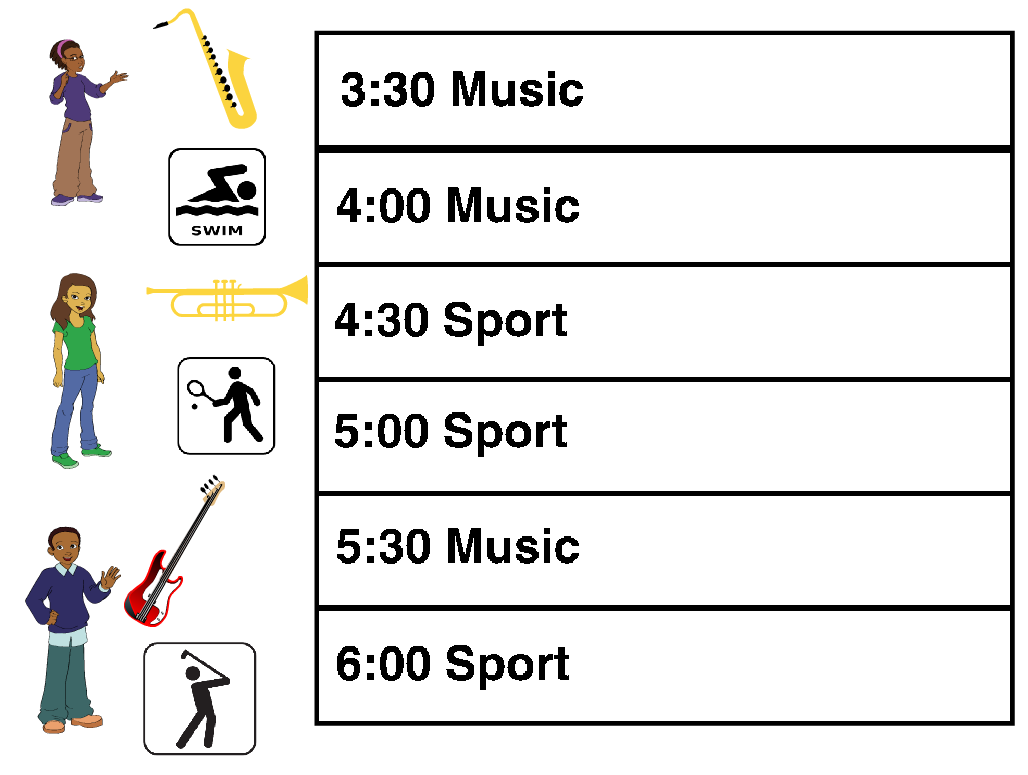 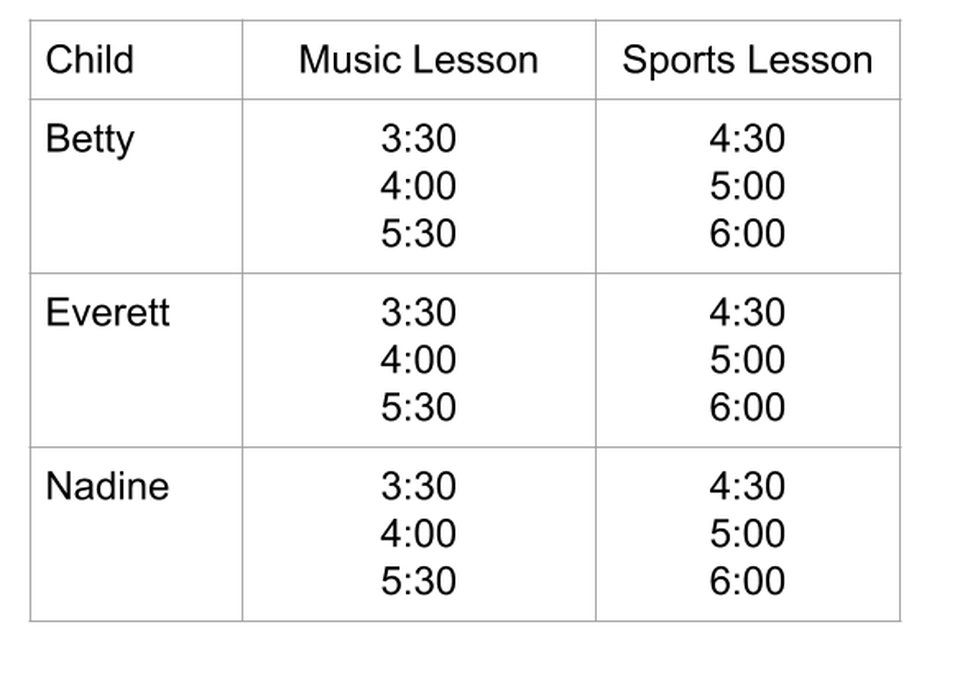 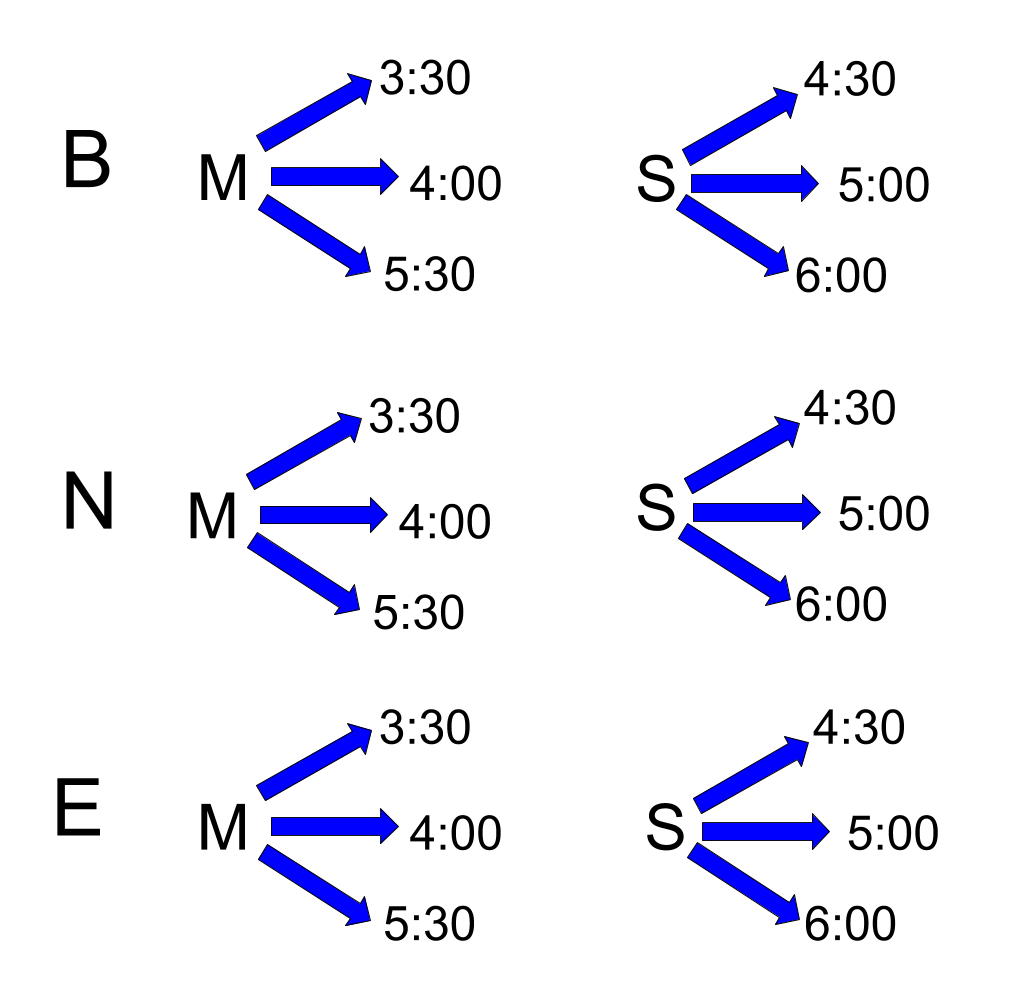 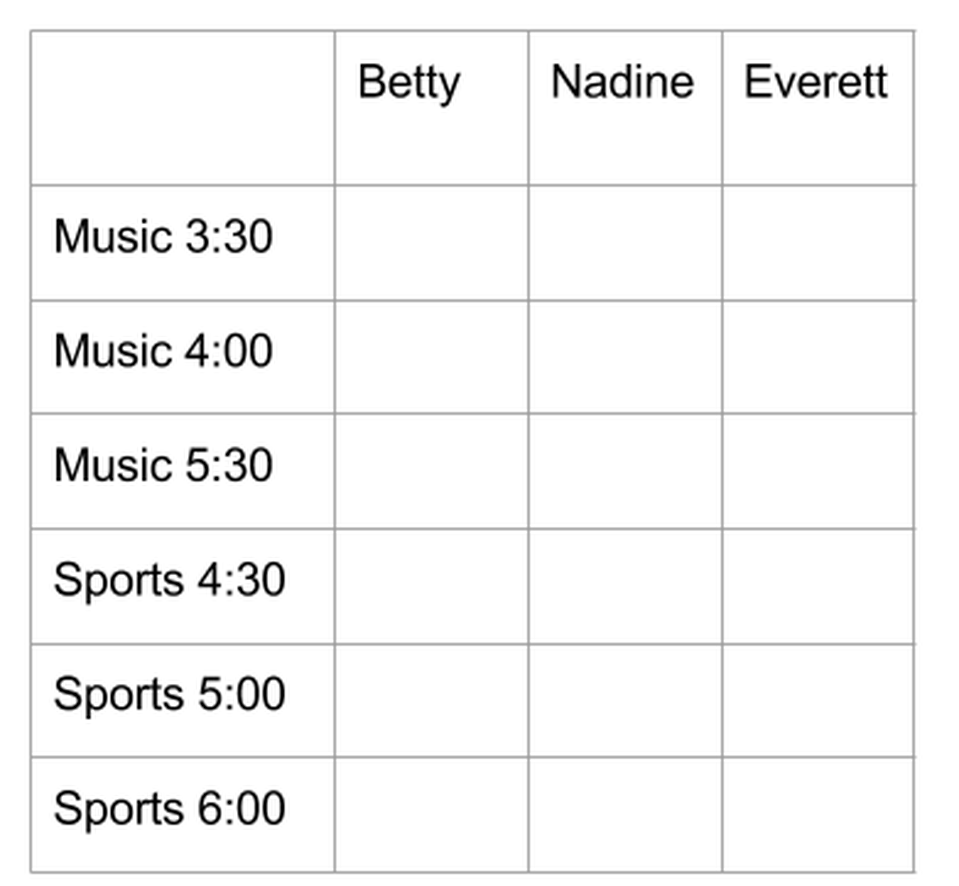